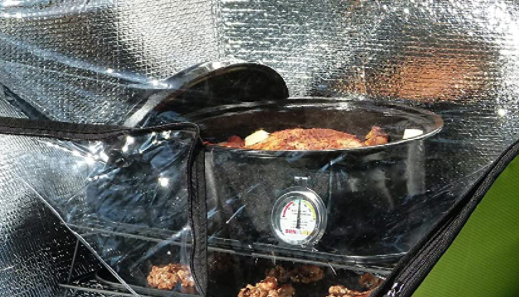 Solar Cookers for Meal Prep Off the Grid

When the grid goes down, so does everything you depend on it for. That means, in addition to your ability to cook, you may also lose the ability to have clean drinking water if an outage renders your water treatment plant unusable.

You need a backup plan for being able to cook. In addition to that, you’ll want to have a way to heat water or to purify it. You can do that by using a solar cooker. The All Season Solar Cooker is a lightweight gadget that’s big on its ability to cook food while still being affordable.

It’s compact, yet bigger when operational than other solar cookers. It’s so large that it has the ability to cook a turkey just like you would cook one in your regular oven. The reason that this cooker can handle larger food items is because it’s a panel cooker.

It offers better wind resistance, which also means it gives you more space without putting a cap on how tall the pots and pans can be. You can even bake foods using this oven.

You’ll get enough space, thanks to the 12 x 17 cooking area. That means you can use rectangular pans, small or large pots and wide ones, too. You can position the panels to catch more hours of the sun throughout the day rather than having to operate the cooker at high noon.

The All American Sun Oven is another favorite choice among preppers for solar cookers. This oven is made with aluminum that can capture the sun’s rays to use for cooking temperatures up to 400 degrees.

That means you can cook dishes you’d bake in the oven as well as make things like sweet treats. Thanks to the oven’s set up, you can also boil foods or water or make steamed foods if you’d like.

The design is easy to set up and use and weighs just over 20 pounds. It has a leveling rack, and included with this model is the built in thermometer as well as a cookbook, and the sun track indicator.

The Sunflair Portable Solar Oven Deluxe is one that’s easy to use right out of the box. You won’t have to put anything together, since it comes already assembled. This oven can be used to cook or to simmer foods like you’d make on the top burners of a regular stove, but it can also be used to bake food items.

If you’d like to dry some fruit, you can use it for that as well. It’s pretty lightweight at just barely over a pound, so you can take it along anywhere you need to go if you’re not using it out in your backyard.

The oven is roomy enough for you to be able to cook food for large groups of up to 8 people fairly fast because of the closed cell insulation. This gadget comes with a solar thermometer, 2 baking trays used for solar cooking and 2 baking racks. It also comes with silicone pots that are collapsible. 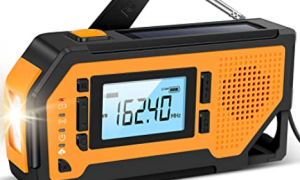 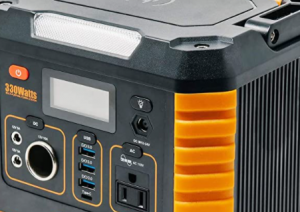 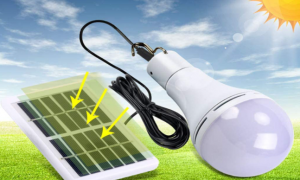