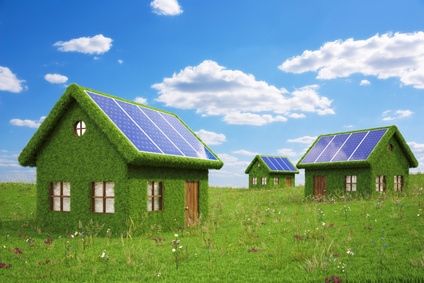 A lot of people are starting to realize the benefits of solar energy. With fossil fuel sources
running low and the global warming threat genuinely affecting the every day lives of people –
now we’re listening and now we’re ready to find other ways to supply power to our homes.
Energy costs increasing year on year also plays a huge factor in peoples’ decision to move to
solar energy for their homes in the US.
In the USA, solar power is starting to become more popular. It previously has been too
expensive for regular people to afford – let’s face it, we’re trying to save money here. However,
recently the costs involved in getting set up with a solar energy system have dropped and it’s
now becoming easier for people to get involved.
Many homeowners and business owners with office space are finally being able to utilize solar
energy. It’s easy to install and is becoming cheaper every year – making it very appealing.
There are some areas of the US which stand to get more benefit from solar energy than others.
The obvious ones being Los Angeles in California. With it’s super sunny climate, it’s easy to
generate a huge amount of solar energy relatively quickly – compared to places that don’t get
as much sunlight.
However, even though this is the case, there are still a huge number of homes that don’t utilize
solar power. To be honest, the real reason is that it’s just not as efficient as a regular supply just
yet. Scientists and researchers are working very hard to make it more efficient, but the fact is,
until it packs more of a punch it can only really be used a supplement to our current systems.
If you want more electricity from your solar set up then you’ll need larger panels and
unfortunately, readymade solar panels are quite costly and can range in price from $35,000 –
$250,000 depending on the size you need.There a few things that have been done to reduce the unsightliness of large solar panels –
photovoltaic cells were invented, and they made significant improvements to the solar energy
industry. The new technology made it easier for thinner panels to be made. They took
advantage of “amorphous silicon thin alloy technology” which makes the panels extremely thin
and they are then able to be installed in a much more subtle way.
Not only are the cells better looking, they’re also more efficient. Improvements are being made
to the solar energy technology we have all the time.
Shingles are an option that a lot of people go for these days because they can be installed flush to
your roof, and they look great. No more bulky solar panels!
Perhaps in the future the cells will get even smaller and the design elements will no doubt
improve also.